Mystery Monday: A Tailor and a Seamstress

Yes, this print depicts a tailor and a seamstress.

Hail to you, beautiful seamstress, come along with me to Norway. There to dress the lansquenets well; and want to earn a good deal of money, while you prepare the shirts of silk, embroidered with gold; you’ll make more money in a month than as a seamstress in a year.

If you would be a good fellow, I’d dare to be liked by you. I would not have my friends stop me. I hope that we will both prosper. You will make garments according to the lansquenets custom; divided, split and cut apart; of silk, damask, and velvet; from this we will gain honor and wealth. 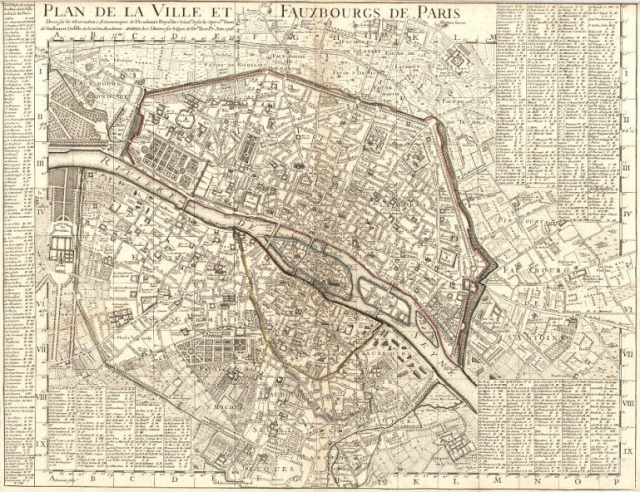 According to Ann Hollander, in Sex and Suits, in the 1660s:

In the modest bourgeois vein, women’s dress was sober and self-contained while men’s was assertive and dashing, even in dim colors.

Such differences went along with a profound split that occurred in the craft of tailoring during the reign of Louis XIV, a split that had very lengthy effects. In 1675 a group of French seamstresses successfully applied for royal permission to form a guild of female tailors for the making of women’s clothes–to become the first professional dressmakers. Louis approved, believing that the dignity of French women would be well served by such a development, which permitted scope for their talent, respect for their modesty, and independence for their taste. Increasingly thereafter, as all of Europe copied French fashion and fashion methods, women dress women and men dressed men.

So what happened when women started to dress women?

After the foundation of the dressmakers’ guild, and the spread of the idea that female dressmakers were appropriate for the making of women’s clothes, male tailoring proceeded as before according to craft tradition, but only for men, while dressmaking provided larger ornamental possibilities for women. A difference in the way clothes were conceived and made for the two sexes came into existence for the first time, a separation that profoundly affected both the character and the reputation of fashion for the next two centuries, and that still survives.

Without the skills and the knowledge of the male tailors, the dressmakers continued to rely on the tailors to create foundation garments for women. The dressmakers used skilled handwork and excellent draping skills to create extreme fashions, adding volume and accessories without making major alterations to the basic shape of the dress.  At the same time, the tailors continued to refine the cut and shape of men’s clothing, and as a possible reaction to the excess of lace and trim in women’s fashion, chose to use more neutral colored fabrics and to create simplified silhouettes.

The result? A complete distinction between menswear and women’s wear.

8 Responses to Mystery Monday: A Tailor and a Seamstress