The Art of Fashion Illustration

This is a guest post by Lucinda Bounsall, fashion writer at farfetch.com

Throughout the 1900s everything from pencil and ink drawings to paintings and screen prints graced the front covers of some of the world’s most well renowned and revered fashion magazines including Vogue and Harper’s Bazaar. Historically, in a time before cameras, fashion illustration was one of the only means for designers to visually communicate their ideas to the public. Fashion illustration lived in a brilliant equilibrium that married design necessity and works of art that perfectly captured the esprit of their time. But what place does fashion illustration have now in a culture that is saturated with photographic editorials and digital image manipulation?

We take a brief look back into the history of the art that is fashion illustration from its inception to the present day, explore its purpose and take a look at some influential fashion illustrators from Charles Dana Gibson all the way up to David Downton. 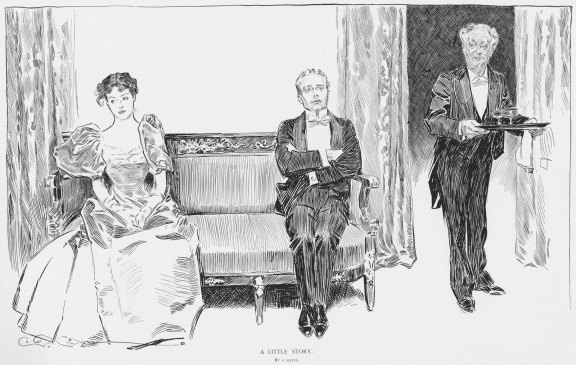 Fashion illustration has been around for the past 500 years; throughout history clothing and costumes have always been documented through drawings but it came into the forefront of the public conscious when illustrations started to be featured on front covers of aspirational fashion magazines. In the late 1800s and into the early 1900s these drawings reflected the society in which they were created; they included stiff figures; corseted and draped in layers of the clothes of the upper class. These early fashion illustrations were used as vehicles to perpetuate an ideal stereotype of ‘the fashionable man and woman’.

One of the most notable illustrators of this time was Charles Dana Gibson the creator of the eponymous ‘Gibson Girl’.  The Gibson Girl was the personification of the ideal of feminine beauty; she was a member of the upper echelons of society and was depicted as always wearing the most fashionable clothes of the time. Gibson was not a fashion illustrator per se but his girl soon became a standard which women would attempt to emulate.

By the beginning of the 1920s magazines such as Vogue and Harper’s began commissioning artists to illustrate features and covers, the covers of these magazines were considered as stand-alone works of art that rarely had any bearing on the content of the magazine. The style of these covers was light-years away from the stiff posed figures of their predecessors; the colours were vibrant and the figures flowed, with clothes that reflected the flapper style of their time. Designers such as Coco Chanel transformed how people viewed fashion illustration throughout the 1920s but as the war approached materials became less readily available and the concept of wearing expensive and elaborate clothes became vulgar and distasteful. 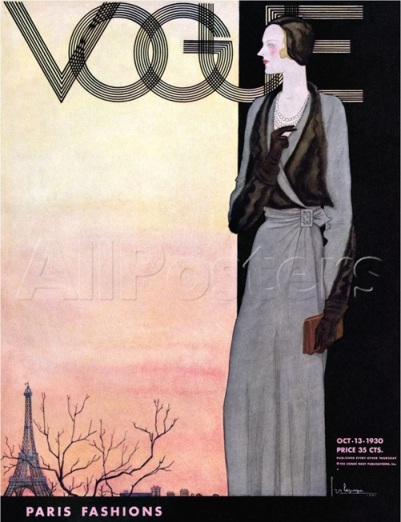 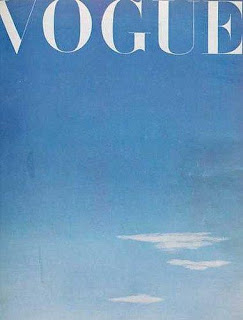 By the time the 1960s came about there was a huge shift in the public conscious, pop art was new bold and exciting, illustrations were instantly influenced by this culture shift and this can be seen through the vibrant use of colour and more creative and imaginative drawings embodied in the work of exuberant artist Antonio Lopez. Lopez, who came to be known as the Picasso of fashion illustration, worked with a wide variety of materials from pencil or pen to charcoal, watercolour or Polaroid and was often featured in the likes of Vogue, Elle and Interview Magazine.

The 1980s were represented evocatively through Tony Viramontes, who’s vibrant illustrations are still instantly recognisable today as they were twenty years ago. Viramontes’ work was identifiable by his bold and vibrant drawings layered over high-contrast photography; some of his most well-known work is from the album covers of the likes of Janet Jackson and Duran Duran.

Unfortunately as technology advanced the covers of Vogue and Harper’s were taken over by illustrations photographed counterparts. Editors soon realised that copies of their magazines sold better with photographs on the front and slowly but surely illustration started to lose popularity. Photography was responsible for the demise of fashion illustration but of course these illustrations were what influenced the photography that usurped it. 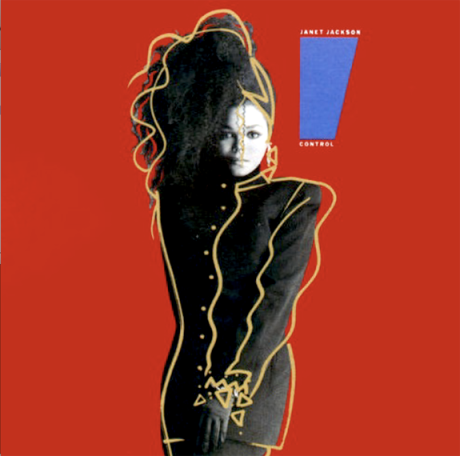 The heyday of illustrated fashion may have been over but it certainly wasn’t dead. For all of their creativity and beauty illustrations were shoved out of the limelight. Famous illustrator David Downton, who began his career in advertising and packaging, was commissioned to illustrate at Paris couture shows and In 2007 Downton launched the first ever journal completely dedicated to fashion illustration entitled Pourquois Pas? 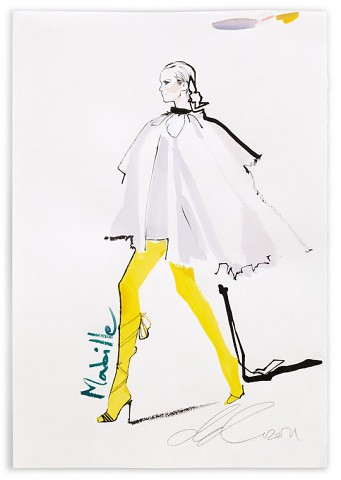 So after being replaced by photographic imagery what place, if any, does fashion illustration hold in today’s society? Due to a massive rise in the use of online as a source to search and explore content it means that fashion illustration has not been doomed to extinction completely. Bloggers and online magazines have given a home to these beautiful images, this enabled illustration to become more expressive and creative and in 2012 there was a rise in the popularity of fashion illustration again. These images resonate of a charm and simplicity that highly manipulated photographs could not and illustration lent a sence of a relationship from the artist to the viewer that you could not get from a photo.

Illustration may never find itself back on the front covers of magazines like it was in it’s heyday but it’s staying power is a testiment  to it’s popularity within the fashion and indeed art world. Photography undoubtedly has the unparalleled capacity to capture its subject faithfully and exactly from its vantage point but as David Downton notes; illustration can ‘tell an alternative story and hold a mirror up to the times’.

1 Response to The Art of Fashion Illustration