Yes, this is a photo of the Countess da Castiglione. 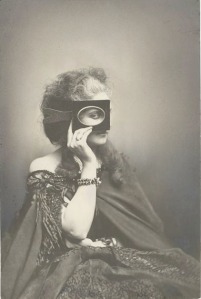 When the Countess met Pierre-Louis Pierson in 1856, ego met opportunity and a lifetime partnership began. For many years, Pierson photographed the great beauty as  she portrayed mythical and historical figures in a series of portraits that complemented her figure and fueled her narcissism.  Fully aware of her physical charms, the Countess employed her wit and invested her assets in a series of dalliances with influential and affluent men that funded her extravagant tastes and secured her reputation as a femme fatale.

In the portrait above, the Countess looks cold and wary; she is purposefully distant, and the framed eye and the draping of her gown hint of deception. The Countess is creating an illusion; she is inviting the viewer to see only what she chooses to reveal. Her pose in this photograph is comparable to the scripted lines of today’s reality television shows, in which producers and directors stage scenes and direct participants to create fantasies that sometimes show a mere glimpse of actuality. In her photographs, the Countess is creating a cleverly constructed fantasy for admirers and for herself. 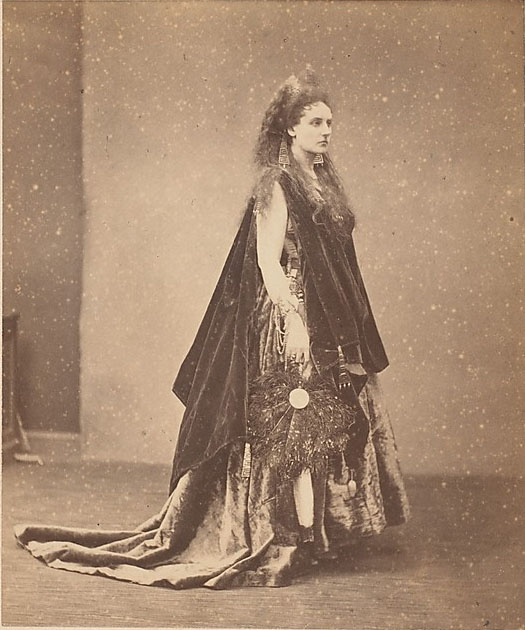 When viewing these beautiful and fanciful photographs of the Countess, many viewers assume that Pierre-Louis Pierson directed the camera angle, the poses, and perhaps made suggestions about clothing and costume. Pierson did photograph the Countess, but it was the egotistical beauty who decided the theme, composition and subject matter. 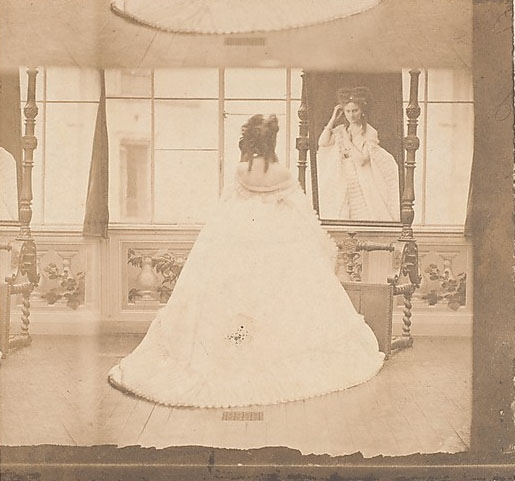 The Countess’ love of fashion is evident in the many photographs she composed with gowns and accessories. Whether she was feigning to be Elvira at the Cheval Glass, Anne Boleyn, or personifying a darker, unnamed emotion, the Countess could not completely divorce her characters from contemporary culture. What gowns! Such hair! What striking hats and fans! The element of fantasy is always grounded with a grain of reality as the Countess poses while wearing fashions of the mid to late 1800s. 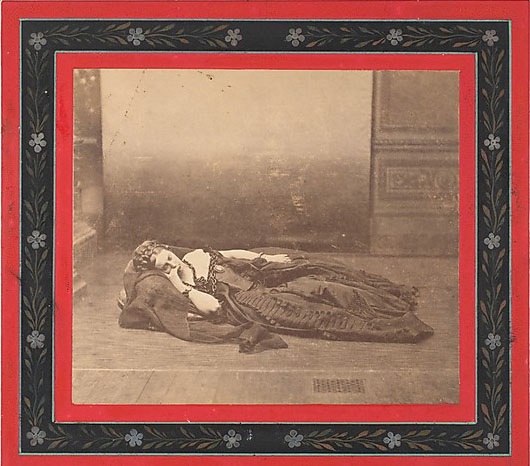 Over 400 portraits of the Countess exist, and while some reveal a different facet of the Countess, they primarily document a fanciful element of three periods of her life – her entrance into Parisian society, her return to Paris after a brief exile, and her later years. 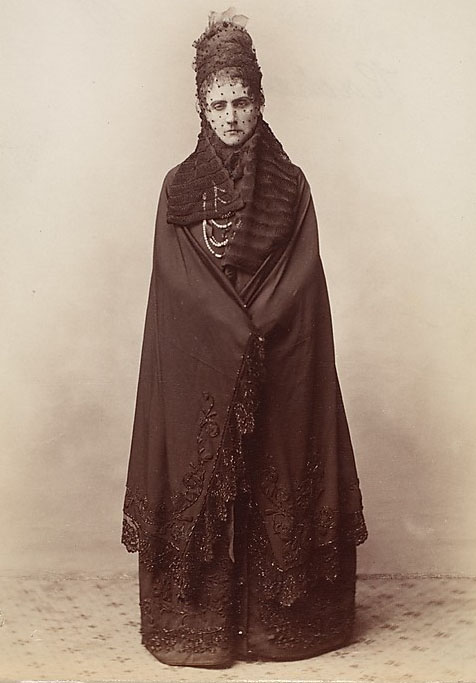 The Metropolitan Museum of Art has a series of thematic essays on a variety of subjects, including an essay written by Malcolm Daniel about the Countess. Please see this website for a detailed biography and further resources.