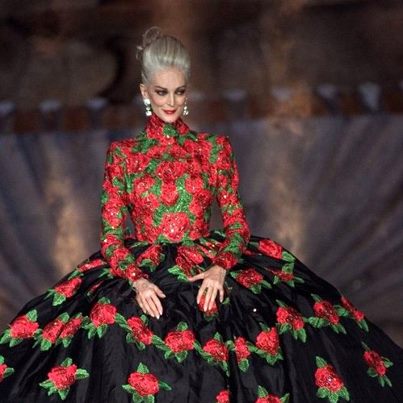 Carmen Dell’Orefice (or simply Carmen, as she is often billed) is a glorious, living contradiction.  She earns her living as a fashion model; she is 80 years old.

Her very existence defies logic, or at least assumptions.  With the possible exception of a 70-year old football player (which, so far, doesn’t exist) or a 7-foot tall jockey (also not yet in existence), nothing else is more of an anomaly.

According to popular thought, fashion models are supposed to have the life spans of Mayflys.  Women in the field are, supposedly, destined to be “over” by the age of 21, 25 at the most.  But anyone who still thinks that hasn’t been paying attention.  Kate Moss is almost 40 and is still working; Naomi Campbell is 42.  Other mannequins are also defying the age stereotype:  Christy Turlington, Lisa Taylor, Lauren Hutton and China Machado.

But Carmen predates them all, and brings with every one of her appearances half the history of American fashion. 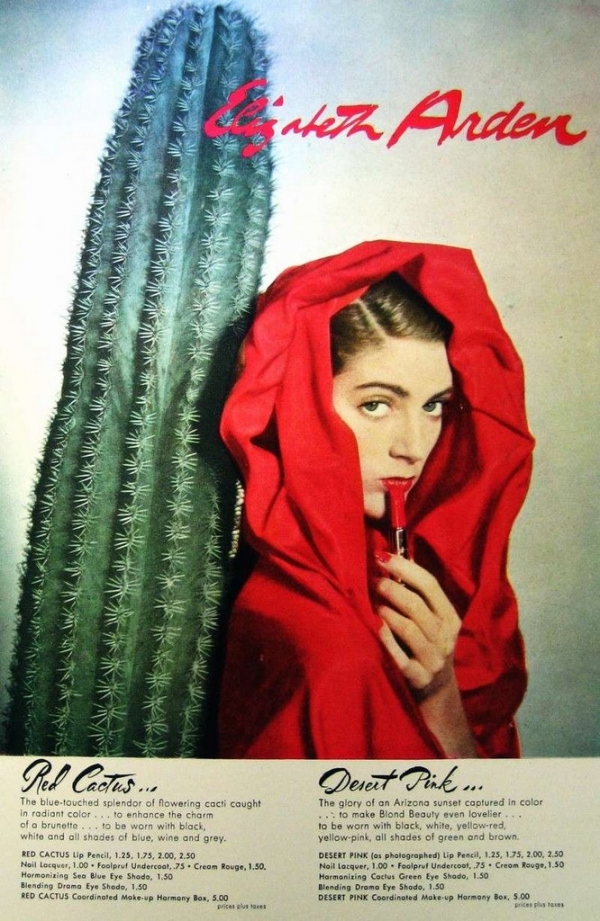 She began gracing magazine covers, advertisements and catwalks when she was 15 years old in 1946.  She scored her first cover of “Vogue” a year later, in October of 1947.  She was part of the original group of supermodels–along with Lisa Fonssagrives, Dorian Leigh and Dovima—that existed before the uber term was even coined.

From behind the lens she has been photographed by a who’s who of history’s greatest photographers Irving Penn, Avedon, Scavullo, Cecil Beaton, Horst, Melvin Sokolsy, and Erwin Blumenfield.  Many of her images are now fashion touchstones, images transformed into icons.

She began being celebrated as fashion’s “older” model when she fully reentered the industry in her 40s.  And that was over 40 years ago.

Yet despite several high-profile, well-chosen print appearances in advertisements for Isaac Mizrahi and a gorgeous campaign for Rolex, and some celebrated runway appearances, the world doesn’t see enough of Carmen. 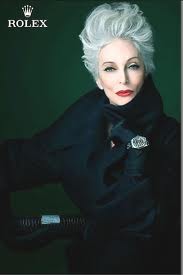 Not only does she look as good as any 20 year-old working today, she’s an inspiration.  She’s a living, breathing (and well-spoken) advocate against not only ageism in fashion but ageism in any field, in society at large.  Think of the message that could be sent if one of the major fashion bibles (“Vogue,” “Harper’s Bazaar,” et.al.) were to return Carmen, today, to one of their covers.  Along with a reeling rash of positive publicity, it would upend innumerable criticism and assumptions held by the fashion flock, fashion onlookers and fashion criticizers. 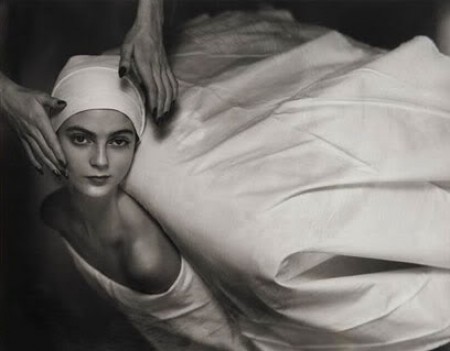 But it is more than just good will that should compel brands and publications to incorporate Carmen more.  It’s also good business.  After all, it’s not just 21 year-old girls who buy clothes and cosmetics.  Real adult women could greatly benefit—and respond—to the images of other real adult women looking back at them from the magazine page or from the television screen, visual proof that these clothes, these accessories are wearable to a “mature” woman, not just a high-schooler.  According to the latest US Census the median age for the US population is the highest it’s ever been and will only rise further as the Baby Boomers continue to exit middle age for their so-called “senior” years.  Carmen, and other over 40, over 50 models, can serve as role model and inspiration, in short, the very role we’ve always wanted fashion models to be.

Carmen is already listed in the “Guinness Book of World Records” as the world’s oldest working model.  She was also in the news a few years ago when it was revealed she was among Bernard Madoff’s many victims.  So, along with everything else, she’s a survivor.  Yet another way her visage and her image could be used to excite and influence.

Carmen will be turning 81 on June 3rd.  Thankfully, she shows no sign of retiring any time soon.  In fact, I think she’s just getting started.