Next Saturday the Fashion and Textiles Studies program at FIT will hold their annual symposium. To get you excited, we will share some of the papers that will be presented, in the week to come.  We hope to see you there. The event is free and open to the public.

As department stores became a fixture of life in the late nineteenth century, the shop girl emerged as a new breed of working woman. The shop girl was not a blue-collar factory worker, nor was she a member of the bourgeoisie. She lay somewhere in the middle, hired for her respectability and deportment, and taken care of by the paternal system of the department store. In Shop Girls: Department Stores and the Fashionable Working Woman, I will briefly trace the origins of the department store, and then concentrate on the period from 1870 to 1920. These were fifty years in which American cities grew and developed, and the roles of workers and women in society drastically changed.  I will explore the culture and convictions surrounding these girls, including the live-in system at many department stores, their daily work, the fashions they wore, the pursuit of matrimony, and the “moral anxiety” inherent in an occupation that did not fit neatly into Victorian ideas of the working and leisure class. The shop girl was a central focus for many contemporary writers, such as O. Henry and Theodore Dreisner, who utilized her as a character in the burgeoning genre of short fiction to illustrate the unique timbre of modern urban life. Their trials and tribulations became a trope for newspapers of the time, and they were immortalized in works of art. Shop girls were barometers for the democratization of society that began in the Industrial Revolution and continued through to the twentieth century, as class barriers became less distinct. 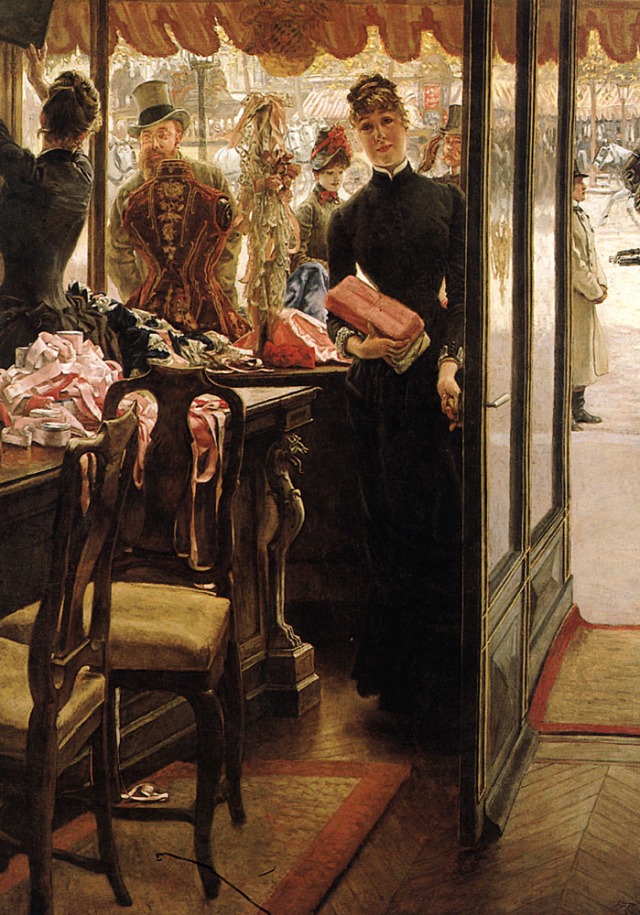