On this day in fashion history…

On this day in fashion history, May 9, 1912, the first issue of poet Pierre Corrard’s luxury fashion almanac Modes et manières d’aujourd’hui (Fashion and manners of today) was published. 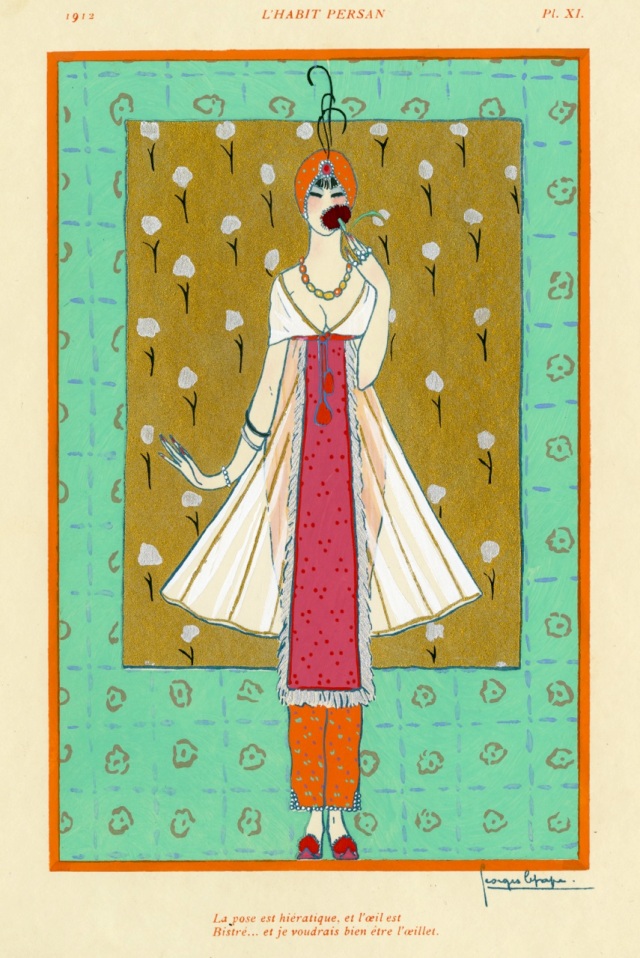 Corrard was inspired to create the publication after observing three fashionable women on the beach: “All three were walking on the sand along the sea, and it looked like they were dancing,” Corrard wrote in the album’s Preface, “Their bodies were liberated from restraints and their dresses flourished. Each of their attitudes were worth immortalizing…three notes of color singing merrily in the tender light of evening.”[i] As a self-proclaimed “passionate admirer of women,” Corrard wanted to celebrate La Femme, and more specifically her fashionable clothing, as he believed the “Science of Fashion” was revelatory to the customs and manners of a society and thus an essential subject of study. With Modes et manières, Corrard intended to provide an annual documentation of fashion—and thus a Parisian woman’s life—as interpreted through the eyes of a single artist. 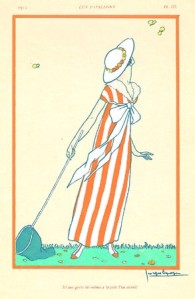 For the inaugural issue of Modes et manières, Corrard employed the talents of fashion illustrator Georges Lepape. Lepape’s stylized renderings, which utilized flat two-dimensional space and bold blocks of color, were indicative of a new direction in fashion illustration that emphasized the emotive qualities of a garment over realistic detailing. It was a style inaugurated by illustrator Paul Iribe for Paul Poiret’s seminal fashion album Les Robes de Paul Poiret in 1908 and again in 1911, by Lepape’s own hand, in Les Choses de Paul Poiret. Lepape’s twelve magnetic renderings for Modes et manières are notably reminiscent of his work for Poiret: both works are printed in pochoir, a highly refined hand-stenciling technique, and both depict scenes of contemplative beauties in various states of leisure and languor. A caption by Corrard provides a witty narrative for each of Lepape’s illustrations, a relationship that would be maintained in all future incarnations of the publication which would similarly pair fashion and literature’s greatest luminaries: “The Painter celebrates the form and color, the Man of the verb expresses the idea,”[ii] wrote Corrard.

In total, eight albums of Modes et manières d’aujourd’hui were produced from 1912 to 1922, with a five-year hiatus due to World War One. All eight albums from the series can be found in the holdings of F.I.T.’s Gladys Marcus Library’s Department of Special Collections and FIT Archives and viewed by appointment only: http://www.fitnyc.edu/8412.asp.

Cassidy Zachary is a fashion historian, research consultant and writer living in Albuquerque, New Mexico. She also works as a costumer in film and television. Her first book entitled Fashion and the Art of Pochoir, written with co-author April Calahan, is to be published by Thames & Hudson later this year.
View all posts by Cassidy Zachary →
This entry was posted in On This Day in Fashion and tagged 1910s, 20th Century Fashion History, fashion illustration, Georges Lepape, modern fashion, Pochoir, Special Collections. Bookmark the permalink.