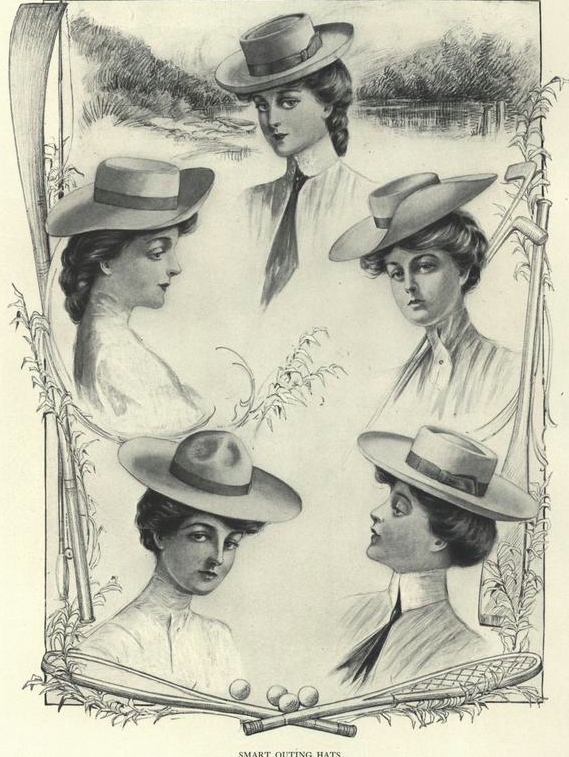 Getting ready for summer travel plans? How about taking some practical traveling advice from Vogue magazine, May 23, 1907:

“Whether an outing leads seaward or beckons towards hills and mountains, whether by rail or boat, by motor or coach, dress preparations for the traveler’s comfort and enjoyment are of the first consequence practically.”[i]

When this issue was published, Vogue was a bi-weekly society magazine targeted towards a sophisticated readership of both men and women. While the magazine had a particular emphasis on fashion, it also featured articles that would appeal to both sexes, including articles on interior design, sports, travel and a regular featured entitled “The Well Dressed Man” and “As Seen by Him.” It would not be until the magazine was purchased in 1909 by publishing magnate Condé Nast, that it would be transformed into the international powerhouse of fashion news that it is today.

This particular issue highlights the then-fashionable S-curve silhouette created by rigid steel boned corsetry. The corset created a dramatic silhouette often referred to as the “pouter pigeon” because of how it forced the bust to protrude forward and the hips back into a dramatic “S-curve.” It is hard to imagine wearing a corset today, but in 1907 the undergarment was de rigeur, worn by any respectable woman across the social spectrum.

Interesting highlights from this issue include a “auto veil” from Paris, made for the still nascent transportation method of automobile riding, as well as charming ensembles intended for traveling, fishing and hunting. Any ideas for your summer wardrobe?

Cassidy Zachary is a fashion historian, research consultant and writer living in Albuquerque, New Mexico. She also works as a costumer in film and television. Her first book entitled Fashion and the Art of Pochoir, written with co-author April Calahan, is to be published by Thames & Hudson later this year.
View all posts by Cassidy Zachary →
This entry was posted in On This Day in Fashion and tagged 1900s, 1907, corset, edwardian, fashion, summer travel plans, Vogue magazine. Bookmark the permalink.